Marnie Glickman has agreed to assist the campaign as an adviser.  She is an experienced Green political operative and fundraiser. She is also an attorney.

Marnie served as the managing director of the California Green Party.

Marnie was the executive director of Green Change, a national Green political organization for Green voters and candidates, from 2007 to 2010.  She worked for Commercial Alert, a non-profit organization dedicated to protecting communities from commercialism from 2003 to 2007.

In 1998, she was the deputy director for major gifts and a trainer at EMILY’s List. Her first job in politics was working for Senator Paul Wellstone (DC and MN, 1991).

David was born in Nevada in 1964. David’s father was career Air Force, and a crew chief on the elite Thunderbird demonstration team. David’s mother was a member of the retail clerks union.

David’s family got stationed in Holland and Germany, and in many US states.

David grew up mostly in Southern Nevada. He attended public school and majored in music and architecture at Valley High School.

David began college while still a high school student at the University of Nevada, Las Vegas. He transferred to the Ohio State University to study architecture. He studied with Laszlo Kiss, the modernist architect and Doug Graf a preeminent professor of design theory. He also had meetings with Peter Eisenman and Jeff Kipnis while at OSU.

After OSU David returned to Nevada where he studied creative writing with the poet Claudia Keelan.

David worked for a number of architecture firms. He was a project architect for TSA of Nevada, the Stubbins Associates, on the Hermitage Guggenheim museum, designed by OMA/Rem Koolhaas. He was also a project lead on the Art of the Motorcycle exhibit designed by Frank Gehry and Associates.

David served as a President of the Board of Directors of the Contemporary Arts Collective in Las Vegas, NV.

David was a shortlisted artist on the Las Vegas City Hall project.

In 2011 David relocated with his children to the SF Bay area to join his attorney/political activist partner.

In 2012 David developed a mediation proposal for the damaged Fukushima nuclear power plant which was submitted to the Japanese Prime Minister.

California delegate to the GPUS
2010 Governor candidate for the Green Party of Nevada.

2008 David helped gather signatures to get Nader Gonzalez on the ballot in NV.

2006 David advised Craig Bergland, the Green Party of NV candidate for Governor and traveled to the GPUS convention in AZ as an alternate along with Charles Imboden.

1984 David volunteered for a POTUS campaign in Columbus, OH while studying architecture at the Ohio State University. 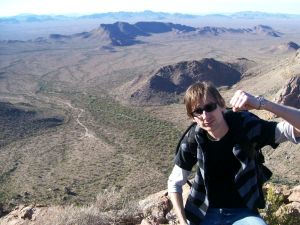 Charles Imboden has agreed to assist this campaign as an adviser in 2013.

I met Mr. Imboden when he served as an organizer for the Green Party in Southern Nevada.

“His qualifications include a two-year, elected term as Secretary of the Green Party of Nevada, and founder of the Campus Greens chapter at the College of Southern Nevada, in addition to work with the local parties in Clark County, Nevada, and Maricopa County, Arizona.”

He  conducts research and peer support from Arizona and will likely join the campaign in CA in 2013.